At first, we thought the black liquid was oil. We thought we’d struck it rich and were going to move out of the ramshackle farmhouse Jim’s parents left us, and live in a cottage on the beach and go to restaurants with val-ets, or whatever those guys were called, and just let the house rot and fall apart on itself.

If it had been, things would be different now. If all the things we’d done that day had gone differently, I wouldn’t be here, alone, surrounded by silence and stench and wishing for that crumbling farmhouse.

If only we’d had a geologist, or whoever it is that knows about oil, come and check it before we invited Big Mike and his digger out to start drilling the hole. If only Big Mike had been busy, or less willing to help a friend, or had listened when his pregnant wife asked him to stay home with her.

If only Mike had just dug the hole instead of leaning down on his haunches like a kid poking at an ant farm. If only any of us had paid attention in science class or actually gone to college we’d have known right away that oil wasn’t supposed to smell like that. When Big Mike had hollered “Wooeee! That’s nastier than a sanitation station on a hot day!” we would have run. We would have given up our pipe dream of a beach and coconuts and gone inside and called the sheriff and told him there was a giant pool of something rank bubbling up on our back forty and somebody should come take a look. Maybe we could have gotten out of town before it spread.

If Mike hadn’t leaned down, the stuff wouldn’t have splashed his face. He wouldn’t have howled and fallen back and we wouldn’t have run to his side and noticed the violent rash already creeping down his neck. Jim wouldn’t have been at his side when Mike tried one last attempt to push himself up and pushed himself right into Jim who fell back, and down, consumed by the black pool.

If only the lab that employed half the town had told us about the chemical spill when it first happened instead of weeks after. If only they hadn’t created something that could travel through soil, infect anything it touched, and kill within seconds. If only I wasn’t the only one alive. If only I didn’t smell the rank stench of that black death just outside the door of the closet I was cowering in. 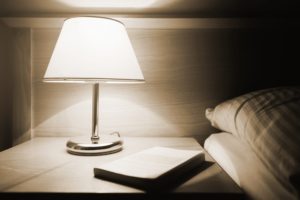 “It’s moving?”
“What is?”
A couple’s nightly routine is disturbed by curious noises. 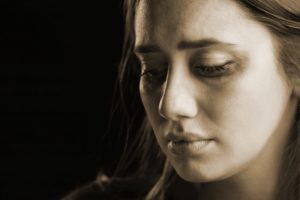 The reflection staring back at her is a stranger. The teased hair, thick makeup, and blue eyes under fake lashes should be familiar, she’s worn this mask for almost 16 years, but the eyeshadow, hair extensions, and spray tans have never felt comfortable, no matter how many times she’s slipped them on.  She reaches down… 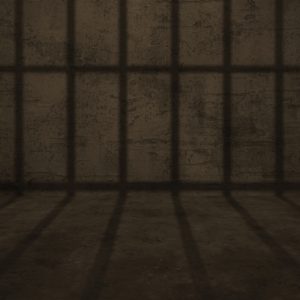 Posted in Free Stories, The Problem With Humans: And Other Stories